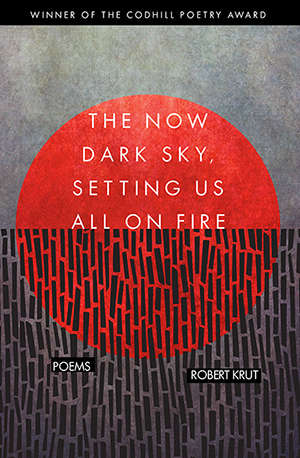 Robert Krut of Los Angeles, California won the 2018 Codhill Poetry Award for his manuscript The Now Dark Sky, Setting Us All on Fire. He received $1,000 plus 25 copies. The author of poetry collections This Is the Ocean (Bona Fide Books, 2013), which received the Melissa Lanitis Gregory Poetry Award, and The Spider Sermons (BlazeVox, 2009), his poetry has appeared widely, including in Gulf Coast, Passages North, Blackbird, The Cimarron Review, and Poetry Vinyl. He teaches writing, literature, and film studies at the University of California, Santa Barbara.

Thanks to all of you who entered the competition. We could not have sponsored the award without your support.

The annual award is given for a full-length (48+ page) poetry manuscript. The next deadline is December 30, 2019. Please consider resubmitting your work this year. All manuscripts are read anonymously and at least twice.

Wishing you much continued success with all of your writing and publishing endeavors.